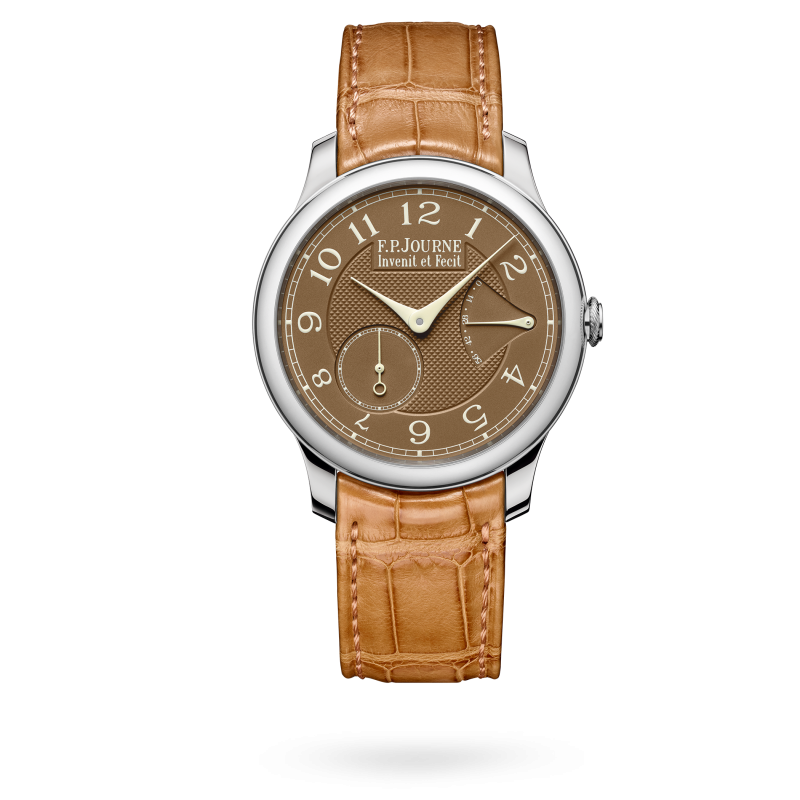 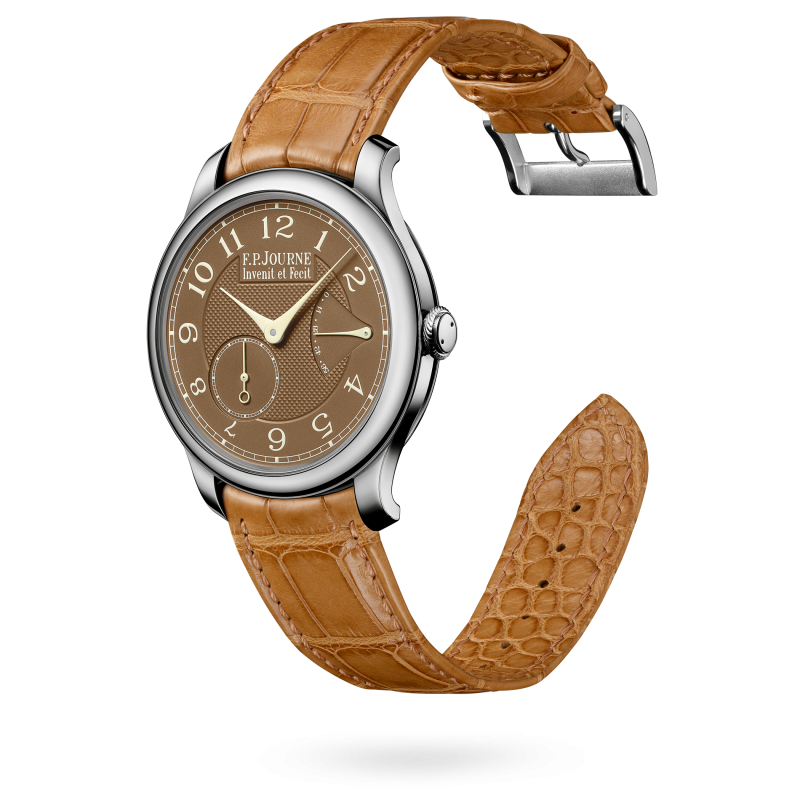 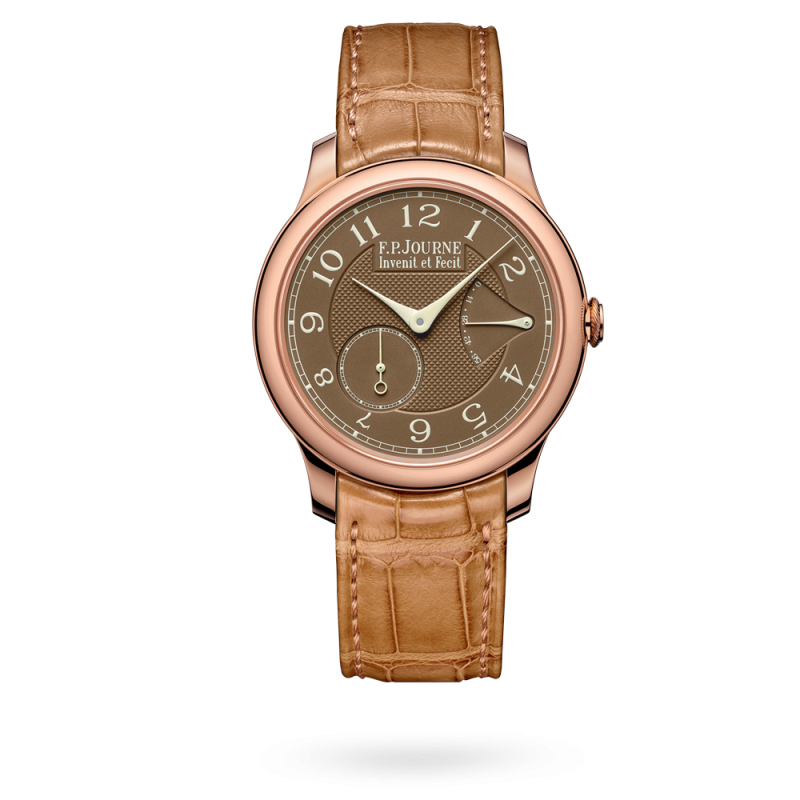 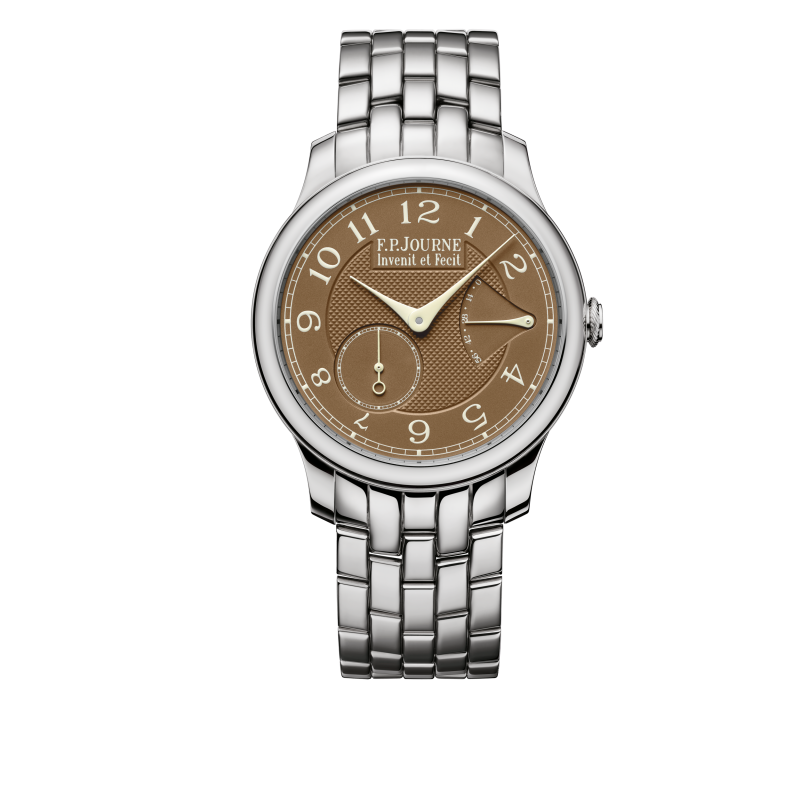 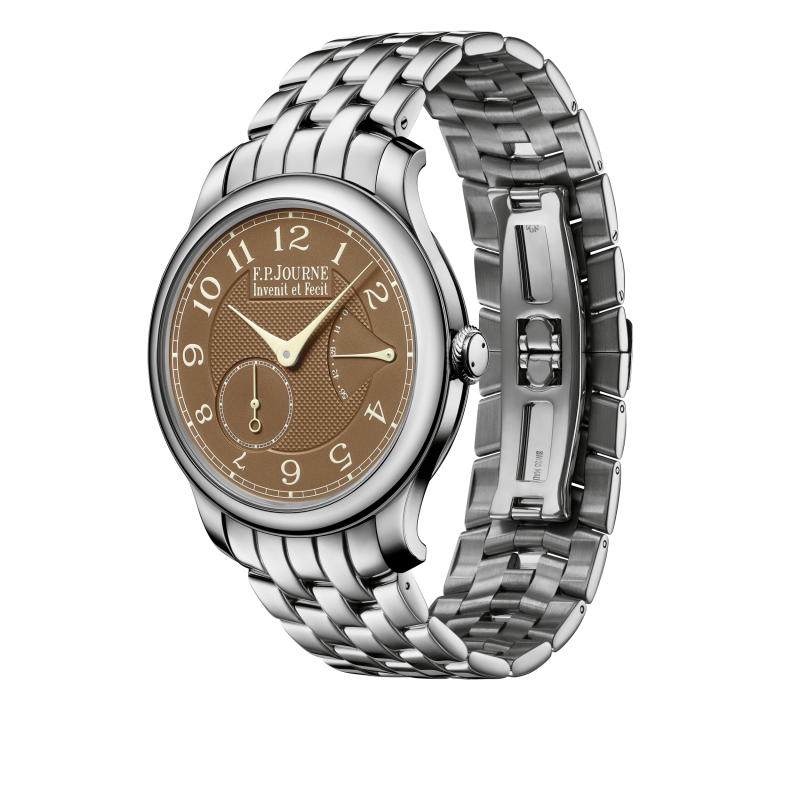 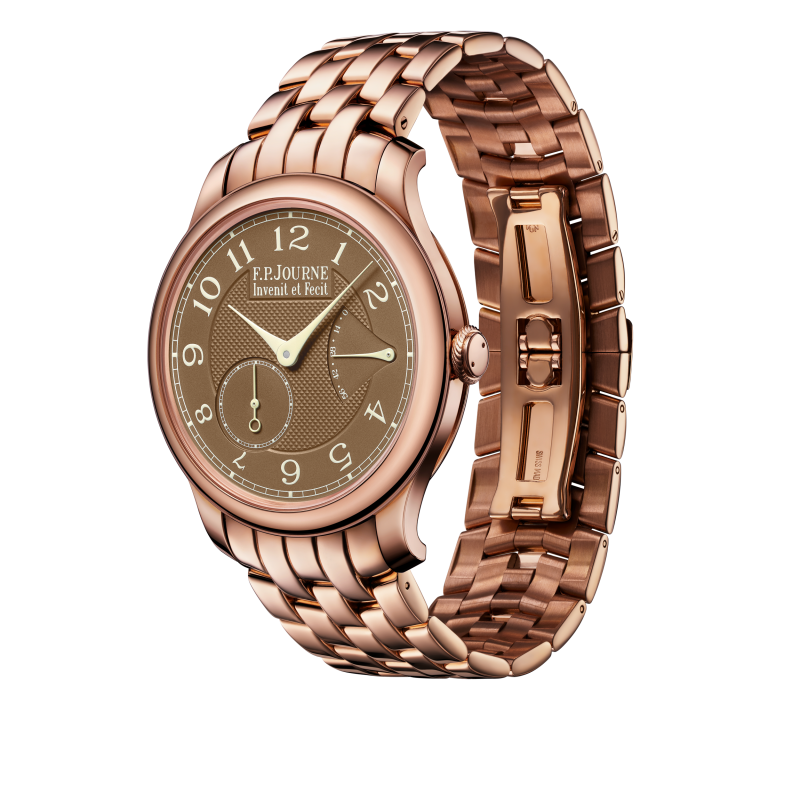 F.P.Journe has created a warm-coloured dial that perfectly matches the 40 mm Platinum and 18K 6N Gold cases as well as the caramel alligator strap of the Chronomètre Souverain. THIS MODEL IS ALSO AVAILABLE WITH PLATINUM AND 18K 6N GOLD BRACELETS.

The dial colour is unique to F.P.Journe, a result of the company’s well-tended independence, which ensures its creative freedom. It was developed by Journe’s own dial makers, Les Cadraniers de Genève, in a process lasting several months. In essence, it is a combination of gold and ruthenium. But to get the colour just right required many adjustments to the formula.

The Chronomètre Souverain is a precision chronometer that was inspired by the Marine chronometers of the early 19th century. Constructed in the purest chronometric tradition, it has an extraflat movement that is 3.75 mm thick; its base plate and bridges are in 18K rose Gold. The two barrels of the homogeneous movement deliver a highly linear force to the escapement for over fifty-six hours. The escapement beats at a frequency of 21,600 vibrations per hour.

With its traditional yet unexpected look, the Chronomètre Souverain has become a model of reference. It is particularly slim, at only 8.60 mm thick. The small seconds subdial is at left at 7 o’clock, while the 56-hour power reserve indication is located on the right at 3 o’clock. Owning a Chronomètre Souverain is the ultimate luxury for those who are mindful of the time still to come, and intend to enjoy it thoroughly.