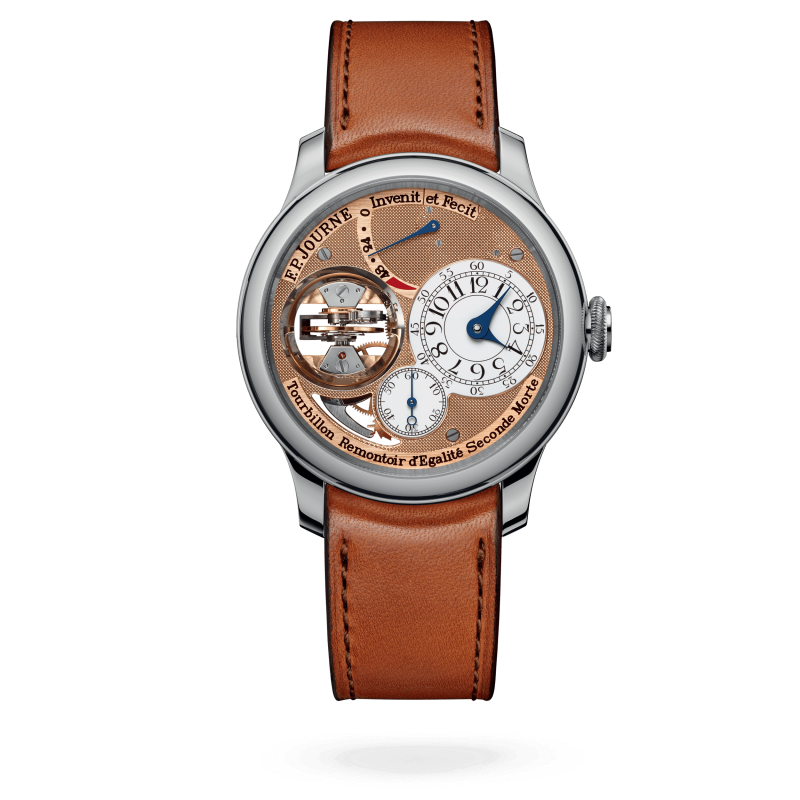 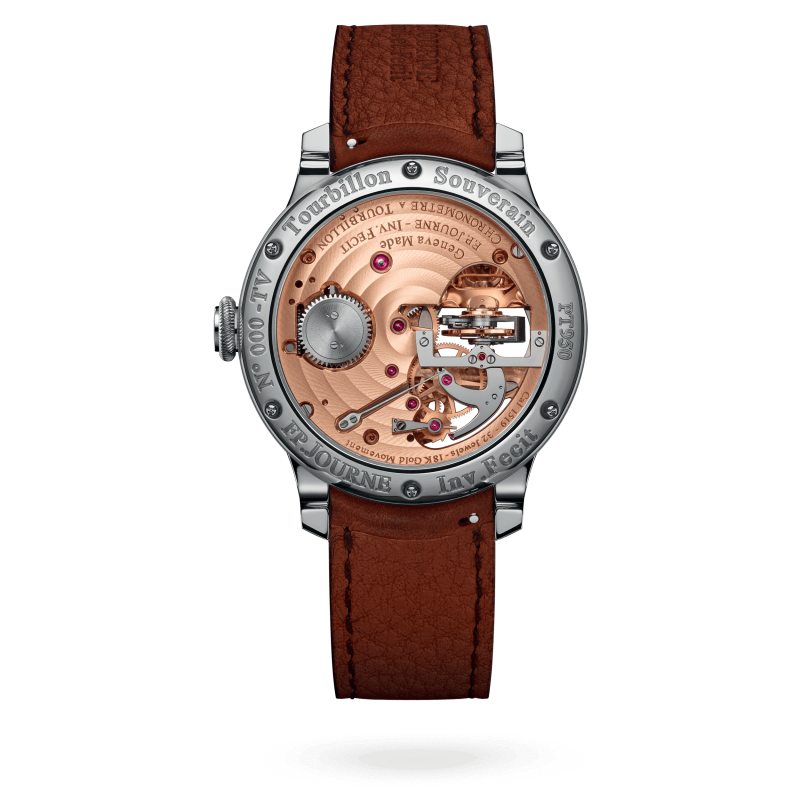 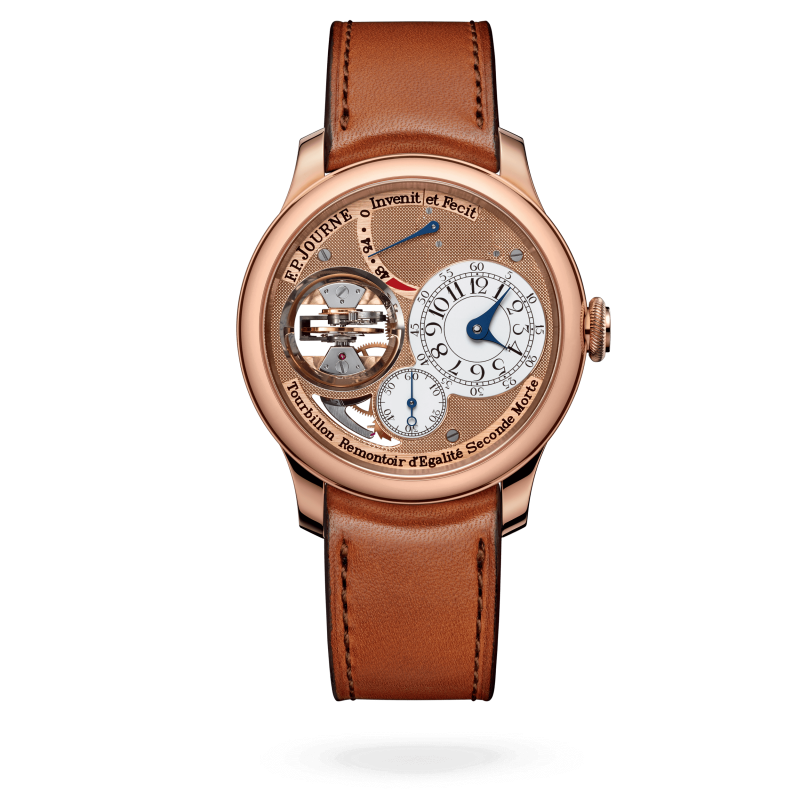 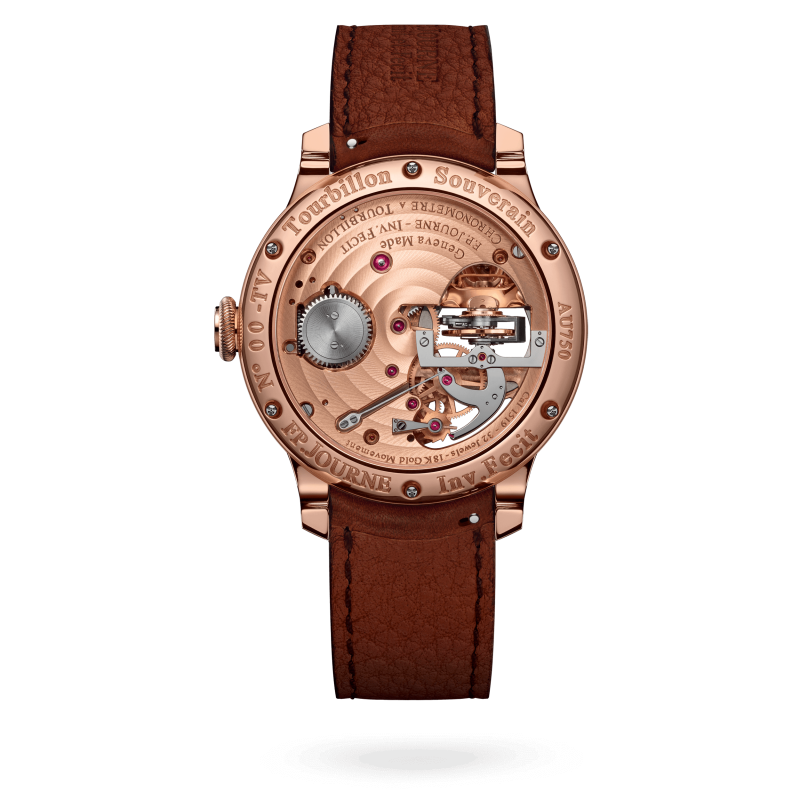 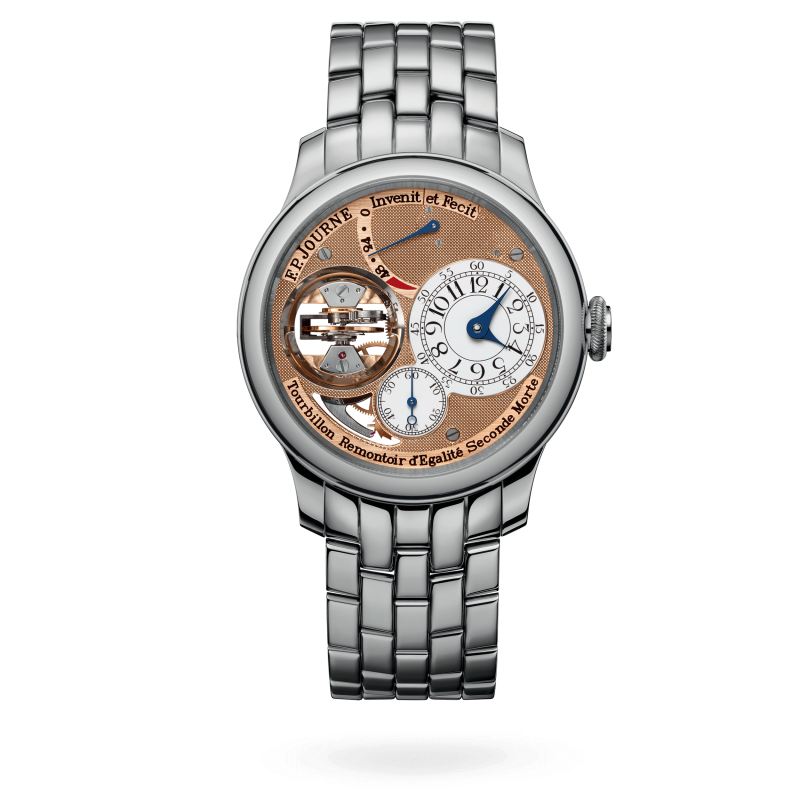 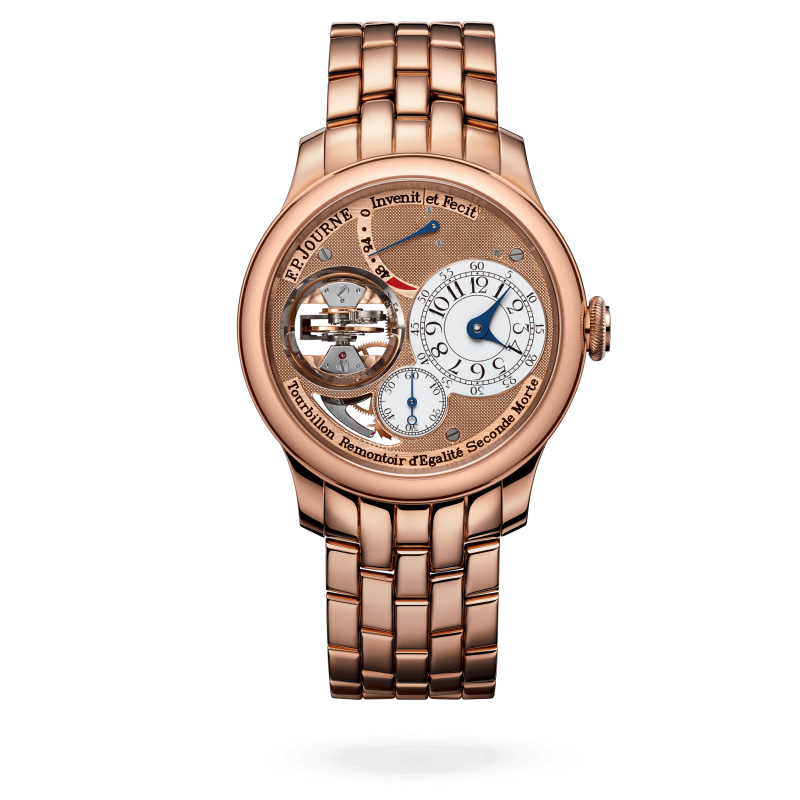 This vertical tourbillon with remontoir d’égalité and deadbeat second makes one revolution every 30 seconds. This is faster than the usual time of one minute, making the technical prowess even more visually astonishing. Surrounding the cage, a cone-shaped mirror-polished ring concentrates light, reflecting the tourbillon cage. A second reflector was created on the movement side to provide light around the tourbillon cage. The 4N rose Gold bridges that form the dial are decorated with “Clous de Paris” guilloche with, for the first time, an enamel hour dial at 3 o’clock. The new Tourbillon Souverain also features an 80-hour power reserve at 12 o’clock and small seconds at 6 o’clock; the remontoir d’égalité is placed at 7 o’clock. The 42 mm case is available in platinum or in 18k 6N Gold.