Number of pieces :
At the heart of the movement 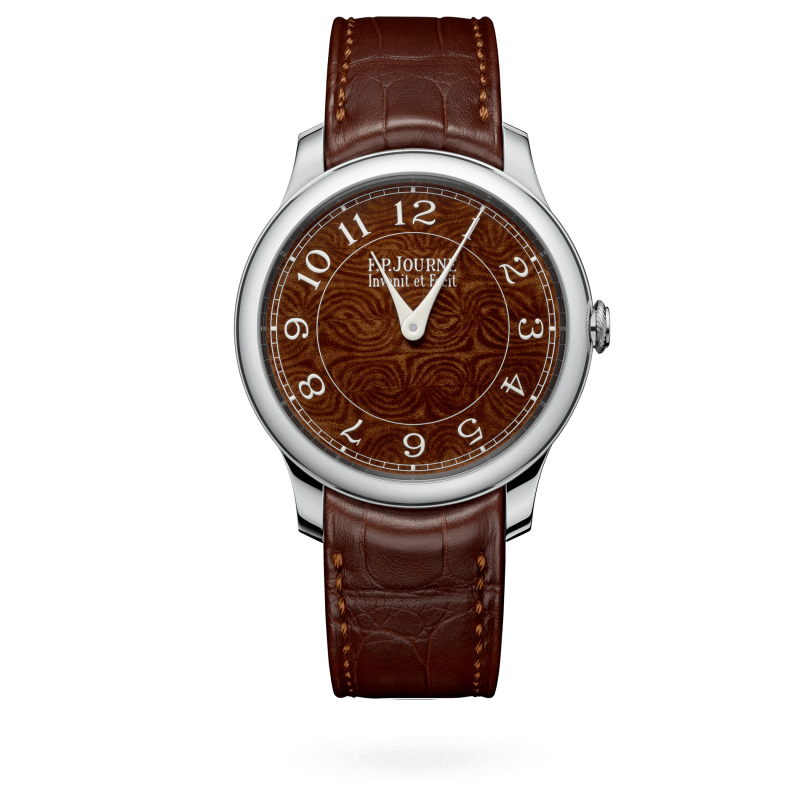 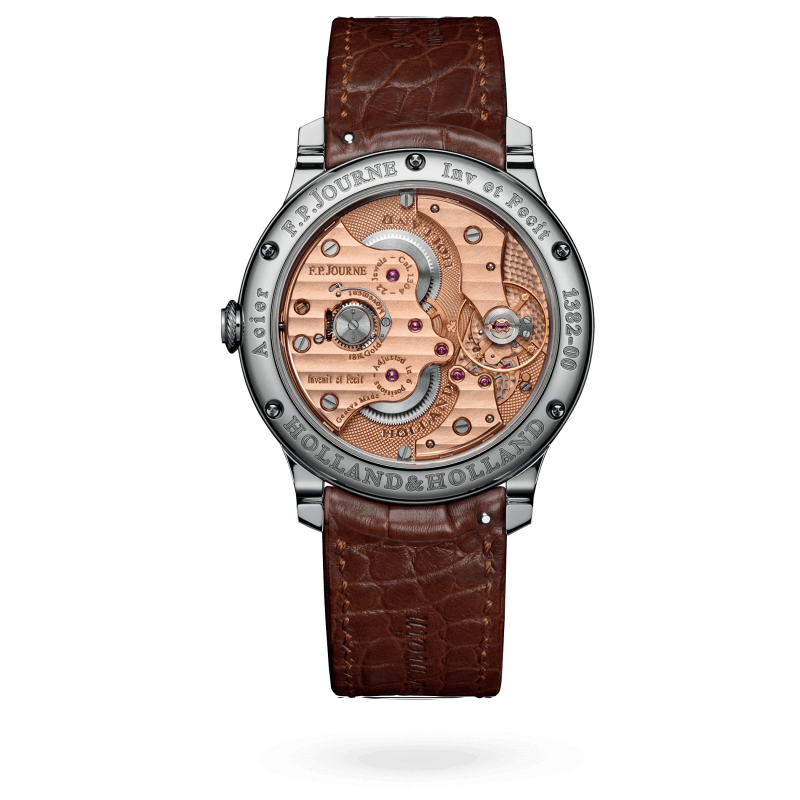 F.P.Journe and Holland & Holland are two manufactures that share common values: excellence, exquisite craftsmanship, as well as a shared love for beauty. The meeting between Holland & Holland with F.P.Journe could only result in a common project in partnership. It immediately sparked the desire to produce something unique for a special occasion. Over time, the project has evolved, notably thanks to the discovery of two antique and rare Damascus steel Holland & Holland guns. Each one is over one hundred years old, and the knowhow that went into making them has been since forgotten.

Always in the search for something exceptional, unique and innovative, F.P.Journe immediately saw the possibility of including these barrels in a unique watch series with a powerful reference to ancient traditions dating back to 1850.

For their part, Holland & Holland was attracted by the idea of allowing two of their museum barrels of over hundred years old to be used to make magnificent haute horology F.P.Journe timepieces. The two barrels were registered by hand in the company’s books. Barrel No. 1382, dating to 1868, yielded 38 dials, while barrel No. 7183, dating to 1882, produced 28 dials.

Preparation of the dials_
In order to produce the dials, the gun barrels were first cut along their entire length at the Holland & Holland factory and rolled out to form flat strips. These were cut to into smaller strips, which could then be cleaned, polished and reduced to the required thickness. The material was then sent to F.P.Journe’s own dial makers, “Les Cadraniers de Genève” where the dials were cut out. They were sent back to Holland & Holland and “browned”, a traditional gun-making technique that helps protect the steel and highlights the wonderful patterns created during the original manufacture of Damascus barrels. The process is the same today as it was when the guns were made in the late 1800s. Each dial thus has a unique pattern making each watch unique.

Number of pieces :
At the heart of the movement