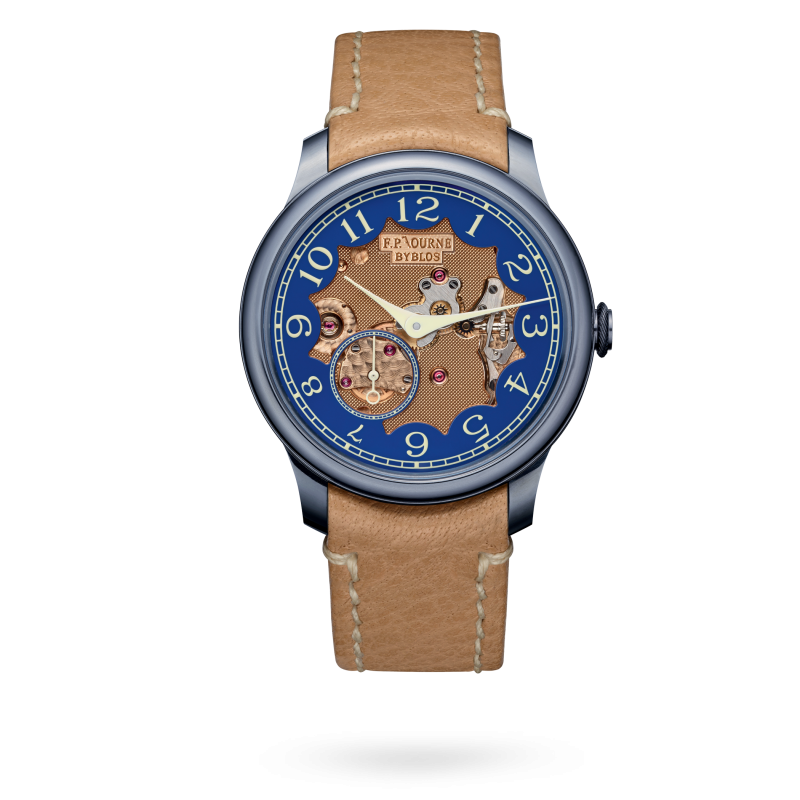 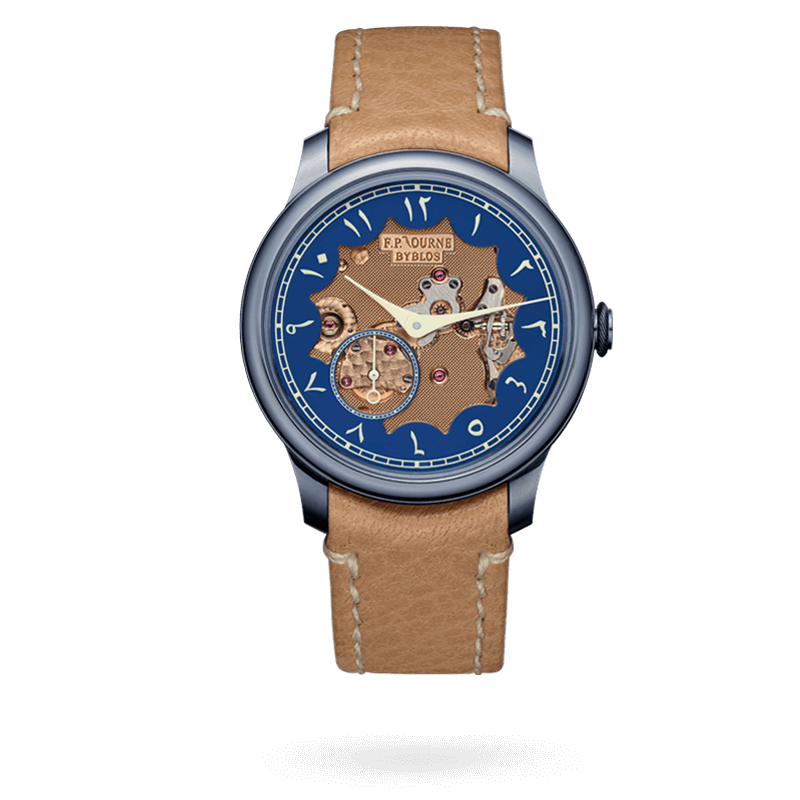 Byblos, located on the Lebanese coast a few kilometres north of Beirut, was the cradle of Euro-Mediterranean civilisation. It is the world’s oldest Phoenician port and by the 4th century B.C. it had become the most important commercial and cultural crossroads.

F.P. Journe has chosen the mythical name Byblos for his new chronometer, created specially for the opening of its 10th Boutique in Beirut. This limited series of 99 numbered pieces is yet another illustration of the exclusivity of F.P. Journe watches.

To showcase the beauty of its 18K rose Gold movements, for the first time F.P. Journe has used a cut out dial that reveals the unique mechanical movement with guilloche decoration. With its blue hour circle featuring Arabic numerals, the Chronomètre Bleu “BYBLOS” represents the sun of the Orient set in a Mediterranean blue sky. An unusual touch is the F.P. Journe logo engraved on the movement, in which the “J” is inscribed in the Phoenician alphabet. Representing the letter “yodh”, pronounced “j”, it represents the hand, thus emphasizing the importance of handcrafting in the F.P. Journe creations. The numerical value of “yodh” is 10; it is the tenth letter of the alphabet, and consequently has become the symbol of the F.P. Journe’s 10th Boutique.

The case is made of Tantalum, a rare metal very rarely used in horology due to its hardness, which makes it difficult to work with. Tantalum is also frequently used in the medical field thanks to its total bio compatibility and in the aeronautics because it is extremely resistant to corrosion and wear.

The Chronomètre Bleu “BYBLOS” possesses a hand-wound mechanical movement oscillating at a speed of 21,600 vibrations per hour. Here, as in the traditional configuration of precision watches, two barrels operate in parallel to provide uniform power for most of its total autonomy of 56 hours. Marked with the “Invenit et Fecit” motto, F.P. Journe watches possess an exclusive calibre that is invented, produced, and assembled entirely in the Manufacture’s workshops in the heart of Geneva.

After over 30 years of exceptional horological creations, F.P. Journe has become a source of inspiration in the field of haute horology due to his constant search for precision and innovative calibres, as well as for his innate sense of horological aesthetics, blending harmony, simplicity, and elegance. His exclusive creations have earned him the most prestigious horological prizes throughout the world.