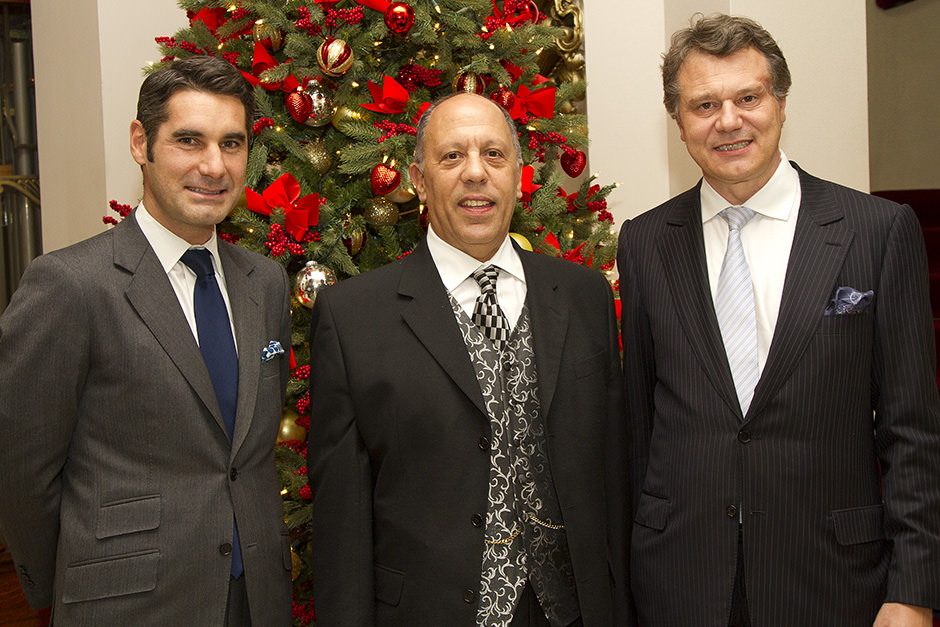 New York, December 1st, 2011 - François-Paul Journe was hosted by the New York Lotos Club, the very select and oldest Literary Club in America founded on March 15, 1870 by a group of young writers, journalists and critics. He was received with two other important members of the horological scene, Michael Clerizo, author of the new book "Masters of Contemporary Watchmaking" that he was launching that night, and Hugues de Pins, President of Vacheron Constantin USA. The Lotos Club members include some of the most prominent figures amongst which former American Presidents, celebrities of the art world, literary, scientific and finance eminences. The New York Lotos Club, synonymous of prestige and civility, has paid tribute to François-Paul Journe for its technical innovations in watchmaking and his work as an exceptional watchmaker.