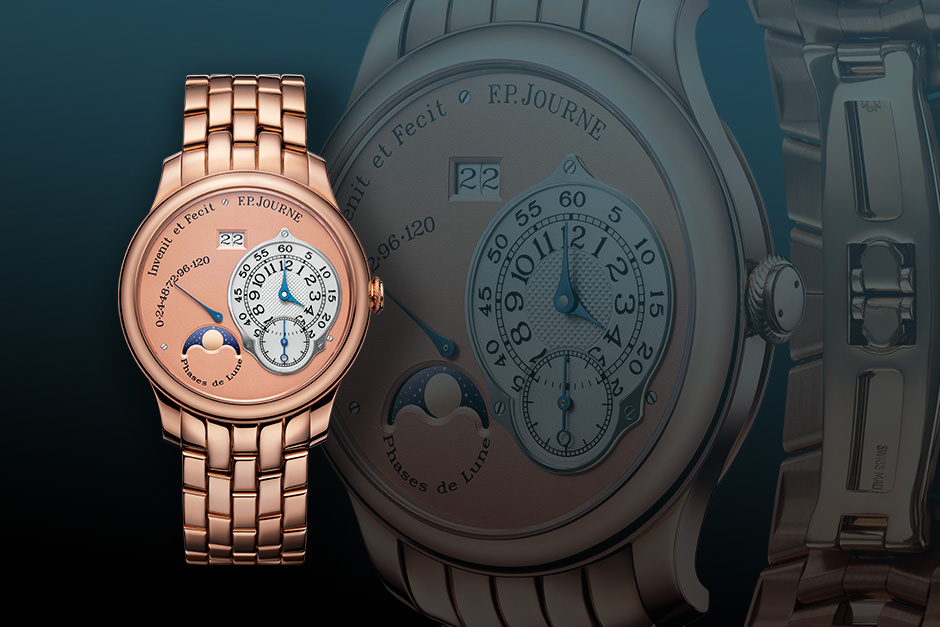 The construction of the Octa line was developed on the basis of one of F.P. Journe's most sophisticated inventions: an automatic winding calibre designed to incorporate a variety of complications without modifying the size of the movement. Being a genuine chronometer, this calibre achieves an optimal balance between force, flexibility and efficiency. In 2002, the Octa Calendrier received the special Jury award and in 2003, the Octa Lune was awarded the prize for the Best Men's Watch.