Skip to main content Skip to footer Skip to search
Filter
by category
Events articles
2018
F.P.JOURNE - INVENIT ET FECIT – BY JEAN-PIERRE GROSZ
The fascinating book that tells the legendary story of François-Paul Journe has finally been released. Over 360 pages, the author relates his childhood as an enfant terrible in Marseille; his wild adolescent friendships, his joys and indiscretions; his hopes and doubts for his future; and, finally, the revelation of the world of watchmaking – a universe that was to become his vocation and would open up wonderful new horizons. 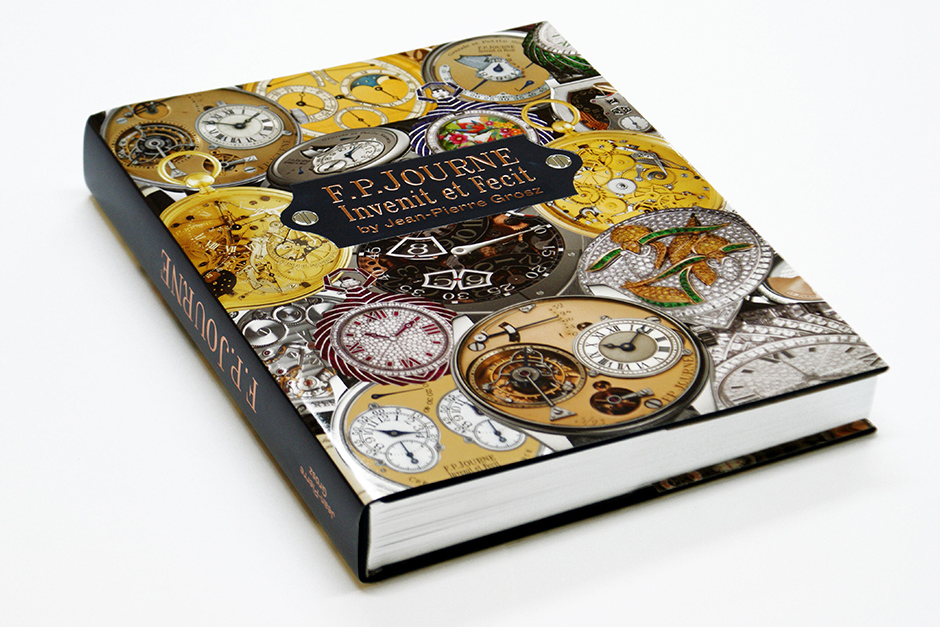 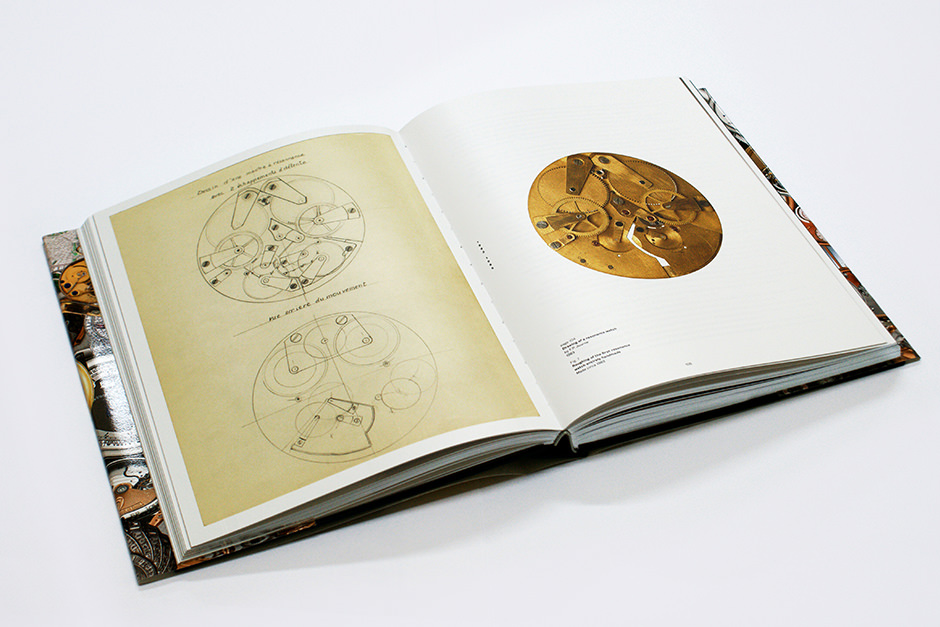 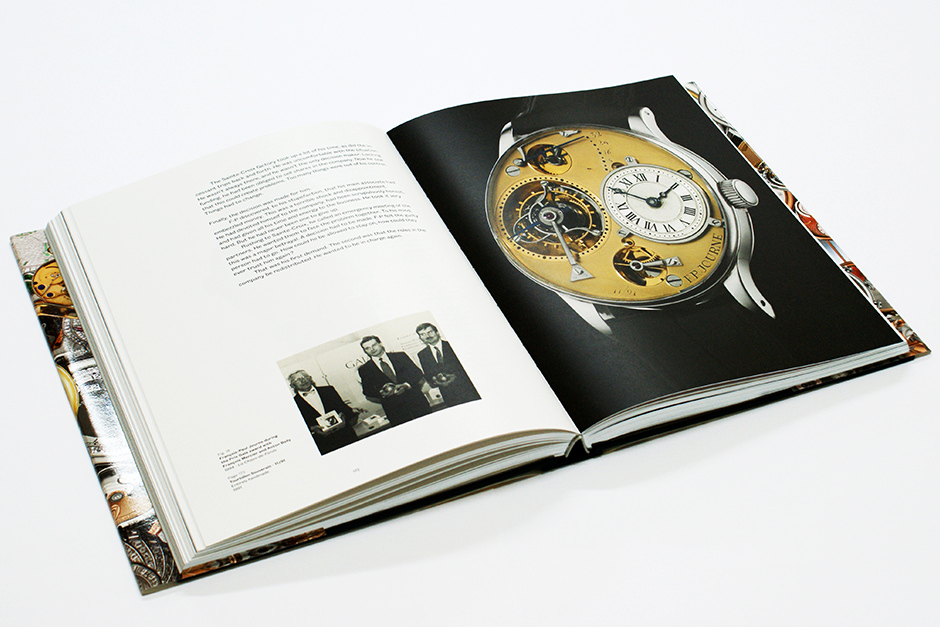 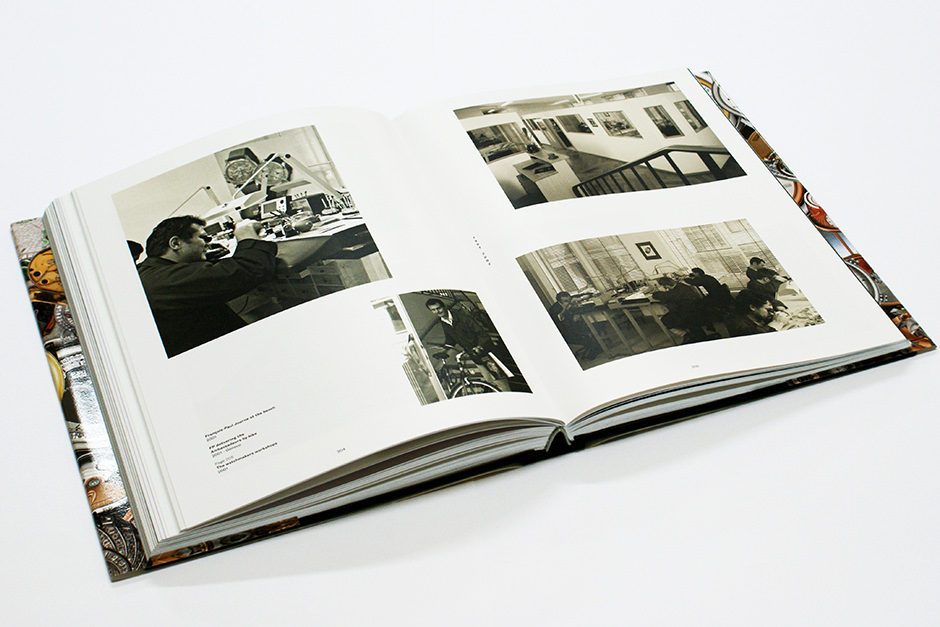 The author narrates François-Paul’s research on precision; his love of creating, constructing, and innovating; his successes and victories; but also his doubts, frustrations and rebellions; the events that made him what he is today, why he practices his particular style of watchmaking, which collectors so admire. He writes about his constant search for perfection, from the niche he has constructed for himself, little by little, and with great dedication, to the brilliant watchmaker-constructor he has become. About his talent recognized by his peers and his rewards by countless international prizes and his deep need for independence. Instinctive creator who constantly strives for excellence, François-Paul always avoids banality and facility; banality is deadly. He also writes about this distinctive know-how that favors quality over quantity and how he transformed his watches into works of art that sublimate the wrists of their wearers.

In the introduction, François-Paul Journe dedicates this book to his uncle Michel Journe, who got him started and allowed him to work in his atelier while tolerating his youthful recklessness while he created his very ambitious first watch and also  to Jean-Claude Sabrier, who remained his faithful friend until the end of his life. He was a benevolent, jovial and generous scholar who became one of the greatest historians of watchmaking.

François-Paul also thanks his friend Jean-Pierre Grosz, former manager of Marvin Gaye, Dee Dee Bridgewater, and Ray Charles. Grosz tells Ray’s epic story in the book "Ray, my friend". François-Paul knew Jean-Pierre was the only one who could write his story.
The preface to the book is written by his son Charles Journe who provides a different view.

The book F.P.Journe - Invenit et Fecit will give you many delightful hours as you learn all about the unique destiny of François-Paul Journe.

Book available in the 9 F.P.Journe Boutiques.

Next articles
Unique F.P.Journe timepiece made for the Prince Albert II of Monaco Foundation and sold in Singapore for the extraordinary amount of SG$ 400’000
Singapore, November 9th, 2018 - F.P.Journe realized with Michael Tay a unique piece of his Chronographe Rattrapante given for the 10th Anniversary of the Prince Albert II of Monaco Foundation and sold during the Singapore Charity Ball auction under the patronage of his H.S.H Prince Albert II of Monaco.
CENTIGRAPHE TITANE AND AUTOMATIQUE RÉSERVE TITANE
The lineSport collection broadens with the new Centigraphe and Automatique Réserve in Titanium grade 5 with yellow dials and 44mm cases.
F.P.Journe Ladies Golf Cup, Geneva
11 September 2018 – F.P. Journe organized its annual Ladies Golf Cup at the prestigious Geneva Golf Club with the new model élégante by F.P.Journe.
fermer