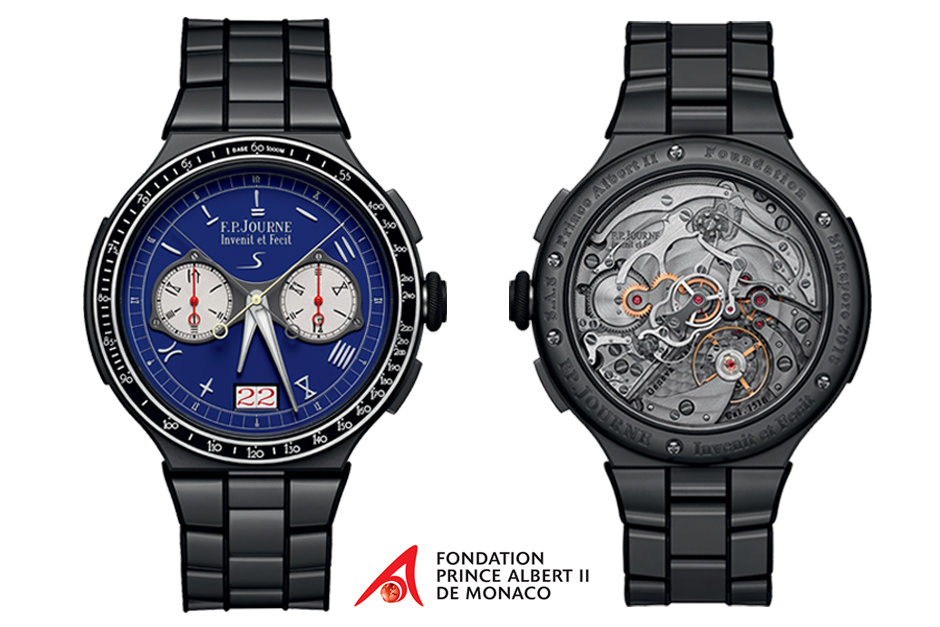 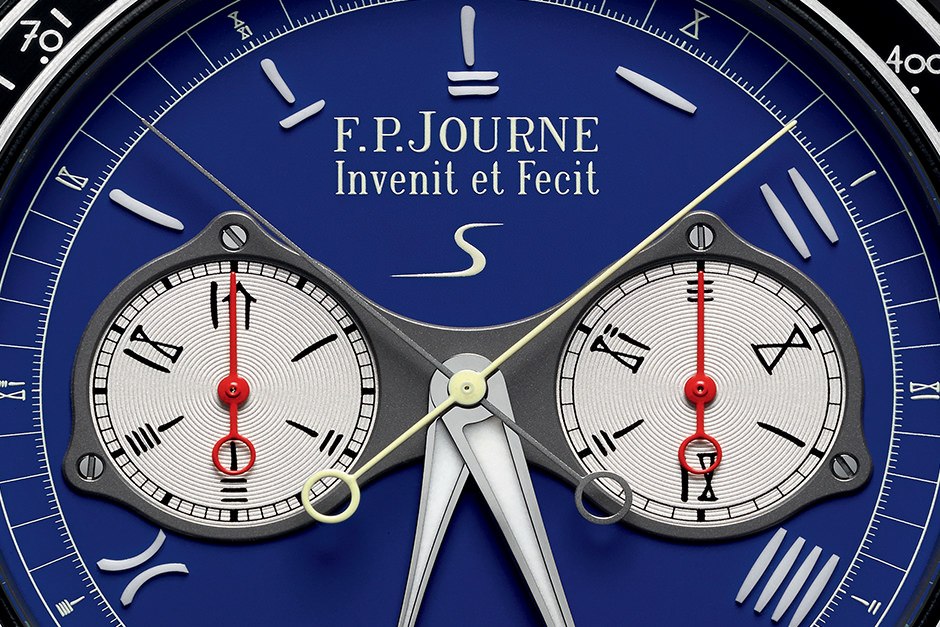 This seminal F.P.Journe Chronographe Rattrapante features a one of a kind execution of a blue dial with oracle bone script numerals chronicling the passing of time.

Based on consultations with renowned scholars and scribes, Francois-Paul Journe re-imagined the numerals on the chronograph counters, and the hour-and-minute chapter rings, with carefully-curated extrapolations of the ancient oracle bone script awakening the ancient Chinese intellect. This timepiece not only celebrates the passing of time but the term “chronograph”, derives its name from the Greek words; chronos and graphô.

The oracle bone script was a form of Chinese characters carved on animal bones or turtle plastrons, used mainly for pyromantic divinations. They are the oldest known form of Chinese writing.

Beginning with Wu Ding, whose ascension is estimated by scholars to be between 1250 to 1200 BCE, this writing form oversaw a period spanning the rules of the last nine kings of the Shang dynasty, displaying a level of maturity that reflects its evolution over several hundred years. Highly-pictographic in nature, due in part to the difficulty of engraving the hard surfaces, the late Shang oracle bone writing is directly ancestral to the modern Chinese script. Contrary to later and more advanced Chinese writings where words are read from right to left, oracle bone inscriptions often start near the center of the shell or bone, and are mirrored on both sides, radiating towards the edges.

With its pictographs taking on different meanings when placed in differing combinations, the oracle bone script is the rare form of writing that is rooted in history, yet exudes a rare, free-spirited dynamic. The fact that out of the thousands of engravings found so far, many remains undeciphered only adds to its mythical nature.

The Titanium case of 44 mm diameter features an assorted metal bracelet with matte finishing, identical to the existing lineSport version. Rubber inserts are fixed on the case and the bracelet links to protect the watch from frictions on smooth surface like bumpers of ancient automobiles. It encloses the new monopusher split-second chronograph movement with manual winding in Aluminium alloy with a very large date. This Chronograph features a power reserve of 80 hours making it possible to efficiently use the chronograph with the rattrapante (split-second) function after 2 days. The very large date in a window of 5.20 x 2.80 mm provides an increased readability.

Next articles
CENTIGRAPHE TITANE AND AUTOMATIQUE RÉSERVE TITANE
The lineSport collection broadens with the new Centigraphe and Automatique Réserve in Titanium grade 5 with yellow dials and 44mm cases.
F.P.Journe Ladies Golf Cup, Geneva
11 September 2018 – F.P. Journe organized its annual Ladies Golf Cup at the prestigious Geneva Golf Club with the new model élégante by F.P.Journe.
The winning picture of our #FPJcontest2018
After going over all the entries, we have chosen the winning photo of the #FPJcontest2018.
fermer