Skip to main content Skip to footer Skip to search
Filter
by category
Timepieces articles
2021
ON AN ORIGINAL IDEA FROM FRANCIS FOR COPPOLA “INVENIT” AND “FECIT” BY FRANCOIS-PAUL JOURNE
Geneva, July 1st, 2021 - Prototype FFC BLUE developed for ONLY WATCH 2021
DATE: 01.07.21 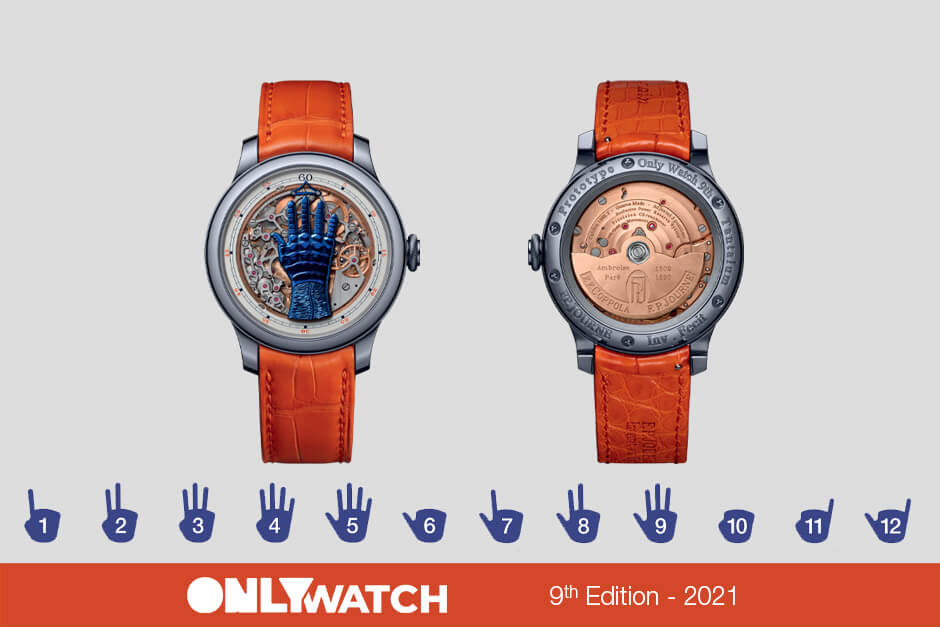 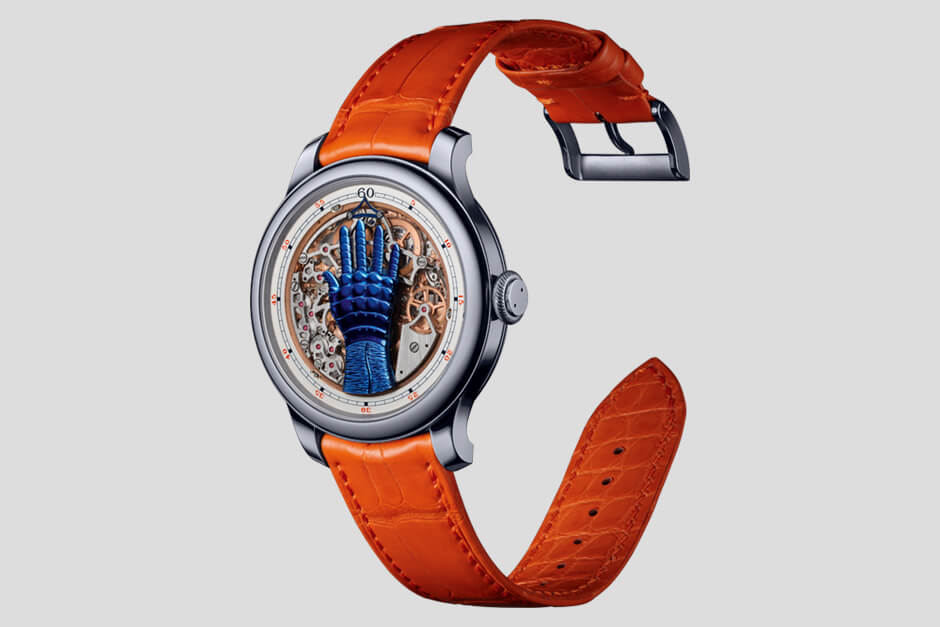 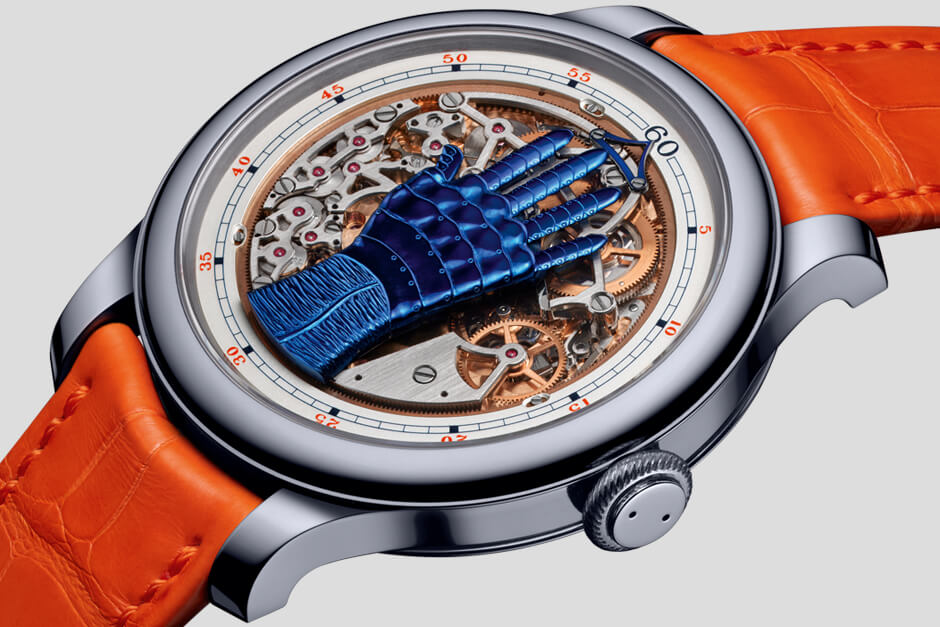 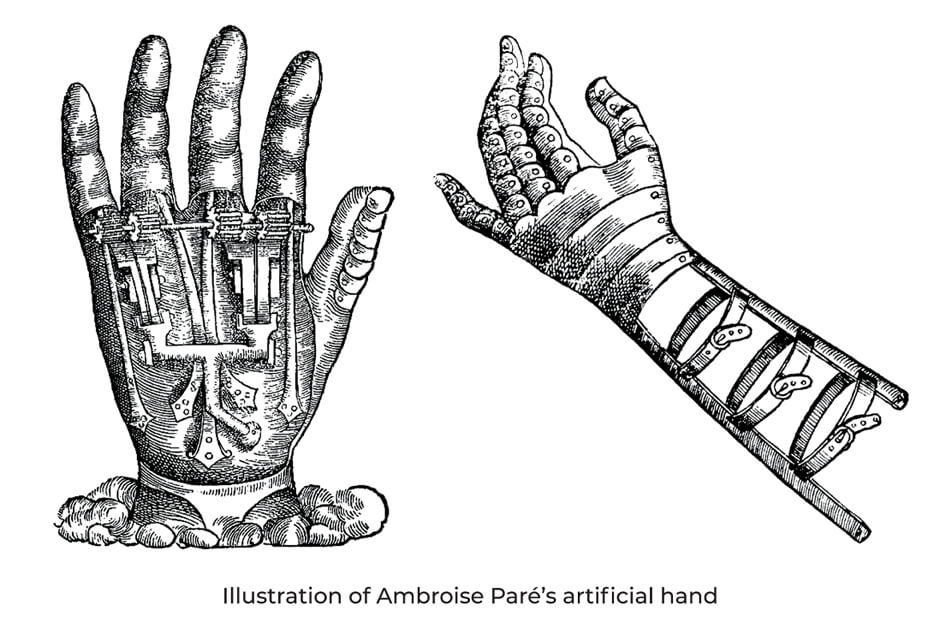 This year, F.P. Journe celebrates the 20th anniversary of the automatic Octa Calibre 1300 in all its forms. This latest opus is the ultimate version of the legendary model, with an automaton powered solely by the Octa movement’s mainspring. As one might expect, this was no easy task. The minutes are driven by a rotating disk located at 12 o’clock, while the mobile fingers appear or disappear instantaneously, indicating the hours by their position. The fingers were inspired by a mechanical hand created by Ambroise Paré (1509-1590), the father of modern surgery.

“This watch was born in 2012 while having dinner at Francis Ford Coppola’s house in the Napa Valley. He asked me if it could be possible to tell time with a hand in a watch. I replied that the idea was interesting and required thinking about it. But how to display 12 hours with 5 fingers? It was not an easy matter and this complex challenge inspired and motivated me. Once I figured it out, Francis immediately sent the sketches for the fingers positions. After more than 2 years, I could finally focus on “Fecit”. After 7 years of development, I am proud to present the FFC prototype”.

A unique Tantalum case and blue hand, in the same vein as other F.P.Journe Only Watch timepieces in years past.

As the saying goes, Fortune favors the bold. Who could have imagined that the young Ambroise Paré, who came from a modest barber’s family and began practicing that profession before he was fifteen in his native village of Laval (300 km west of Paris), would become the first royal surgeon, introducing many important medical innovations?

The Hand of the Apprentice

At the time, barbers dealt with hair, skin, and blood, as well as simple medical treatments. This, however, was not enough for the young Ambroise Paré! He dreamed of greater things. A hard worker with a quick and creative mind, he defied the social constraints of the time and took charge of his own destiny by becoming a surgeon!

Consequently he travelled to Paris, where the renowned Hôtel-Dieu hospital was located. It was one of the most important medical centers in the kingdom. There Paré studied anatomy by practicing on cadavers, learned the correct dosages of medicine, and assisted barber surgeons. For three years (1533-1536), he worked hard, learned a great deal, and was highly respected by his fellow students...

Unfortunately, he knew neither Greek nor Latin, which was inconceivable for a barber surgeon! At the age of twenty-six he failed the examination for a barber surgeon’s degree due to his inability to answer a theoretical question - despite the fact that medicine is an empirical art. That did not discourage him, however! He decided to seek advancement through an entirely different avenue: a military career…

The Hand of the Surgeon

Supremely pragmatic, in 1536 Paré enrolled in the army as a barber surgeon – without having passed the exam – to the French army. He realized this was the best way to seek advancement while serving others. At the time Europe was embroiled in a long war between the two major powers of the day - the kingdoms of France (ruled by Francis I) and Spain (ruled by Charles V).

This experience led Paré to realize that medicine as it was traditionally taught was powerless to heal the kinds of wounds created by the revolutionary new weapons that had come into use. The harquebus was a sort of cannon that was carried on the shoulder, and whose bullets smashed, crushed, and burned victims’ bodies… The teachings of the great physicians of antiquity (Hippocrates and Galen) were made obsolete by this new weapon… Paré explained that these new types of wounds should not be treated, as was the custom, with boiling oil followed by the application of a red-hot iron. He understood that after the removal of the bullets, the wound’s inflammation had to be reduced by using new sorts of balms and soothing ointments, in order to lessen the risk of septicemia. In 1542 he invented new tools to remove the projectiles. Thus, his creative genius first became noticeable on the battlefield…

His fame grew even more when, in 1545, he published his first book in French: Les méthodes pour soigner les plaies par arquebuses (Methods for treating wounds caused by harquebuses). He revolutionized classical medicine, and went even further by rejecting Latin, which was then the language of medicine… He was, in fact, thumbing his nose at the Faculty of Medicine – and was not the last to do so. That same year Francis I died and was succeeded by his son Henry II, who pursued the war with Spain.

During the campaign of 1552 he introduced an innovation that was perhaps his most important and the major source of his medical reputation: the ligature of arteries and veins after amputation. There would be no more cauterizations or frequent septicemia! Ambroise Paré became the “Father of Modern Surgery”!

Due to the support of Henry II and the nobility, in 1554 he became a royal surgeon and then received the title of Surgeon from the Faculty, which was eager to please the king.

The Hand of the Courtier

At court Paré showed himself to be a remarkable strategist, in order to advance the cause of surgery. Nevertheless he was powerless to help when, on July 10, 1559, Henry II’s eye was pierced by the lance of Gabriel de Montgomery during a joust held to celebrate the recent peace treaty signed with Spain. Prince Francis II, who succeeded him, confirmed Paré in his functions. Unfortunately, the young king died in 1560 at the age of sixteen, despite the surgeon’s best attempts to save him.

These two unhappy accidents increased Paré’s desire to understand the causes of the two kings’ deaths. He carried out autopsies on their bodies – a great innovation – and thus became the father of forensic medicine. This novel practice made a great impression on the Queen Mother and regent Catherine de Medici. In 1561 she made him first royal surgeon, in the service of King Charles IX (the third son of Henry II).

Ambroise Paré lived during troubled times. The war between France and Spain lasted throughout the first half of the 16th century, ending only in 1559. It was followed by the Wars of Religion between French Catholics and Protestants, which began in 1560. The situation led the regent Catherine de Medici to suggest that the court become itinerant from January 1564 to May 1566. The idea was that by traveling through the cities of France, tensions and disagreements would be soothed by the presentation of King Charles IX to his subjects. Paré, the first royal surgeon, accompanied the cortege of dignitaries. Far from taking excessive pride in this distinction, he took advantage of the long journey to meet with, and learn from, many barber surgeons, bonesetters, and apothecaries.

The Hand of the Writer

The political and religious atmosphere became dire when the Saint Bartholomew massacre occurred on August 24, 1572 in Paris, where Ambroise Paré lived. The situation even more chaotic in 1574, with the death of Charles IX. He was succeeded by Henry III (the fourth son of Henry II), who confirmed Paré as first royal surgeon and gave him two new appointments: valet de chambre and king’s councillor.

Now a sexagenarian, Paré would never again leave Paris. He decided to use his money and influence for the compilation of all the medical knowledge of his time. He wrote new treatises and modernized the older ones, all the while polishing his earlier works.  The first edition of his Œuvres was published in 1575, in French so as to be accessible to all. The Faculty, which was not pleased, waged a campaign to hurt his reputation. He nevertheless had the support of King Henry III and thus benefited from a certain degree of protection from their petty acts. His Œuvres were reprinted several times: a 2nd edition appeared in 1579, a 3rd in 1582, and a 4th in 1585, while a 5th appeared posthumously in 1598. His Œuvres comprised twenty-nine volumes with 1228 large illustrated pages. The work is a remarkable compendium of 16th century medical knowledge.

The Hand of the Inventor

Throughout his career Paré was concerned with the well being of his patients. One example of this is his avant-garde attitude toward prosthetics. Certain of his inventions were due to esthetic considerations - an artificial eye that fit into the eye socket; a metal nose that was attached by strings, to follow the original shape of the face; ears made of boiled cardboard that were fixed to the existing cartilage.

He also invented artificial limbs, masterpieces of ingeniousness and technical knowledge. His prosthetic arms and legs are so mechanically complex that it would require many pages to do justice to them…

Mention should however be made of his prosthetic hand, with its quasi-horological design. The mechanism of the mechanical hand made the fingers open when a button was pressed, and two springs brought them back to their original position, as if the hand were closing naturally.

The prosthetic devices invented by Ambroise Paré remained important references from the 16th century until the First World War (1914-1918). Paré is considered to be the Father of modern surgery, thanks to his ingenious inventions and observations.

Vidéo Youtube
Next "Inside F.P.Journe" articles
F.P.JOURNE CELEBRATED THE 20TH ANNIVERSARY OF THE CALIBRE OCTA
with an exhibition titled « 20th Anniversary of the Octa calibre » hosted between the 12th until the 16th of April 2021 at the Geneva Manufacture.
fermer