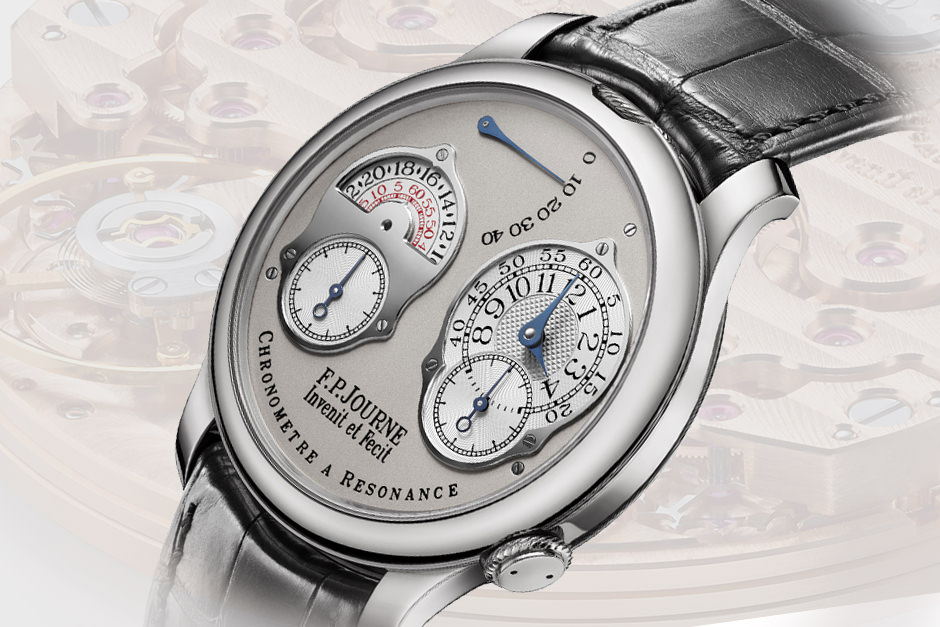 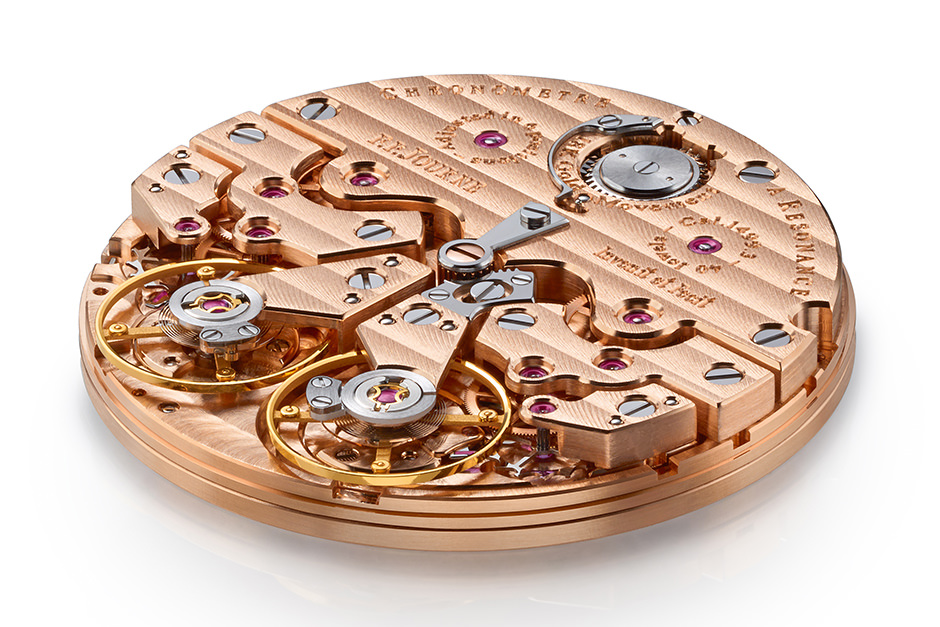 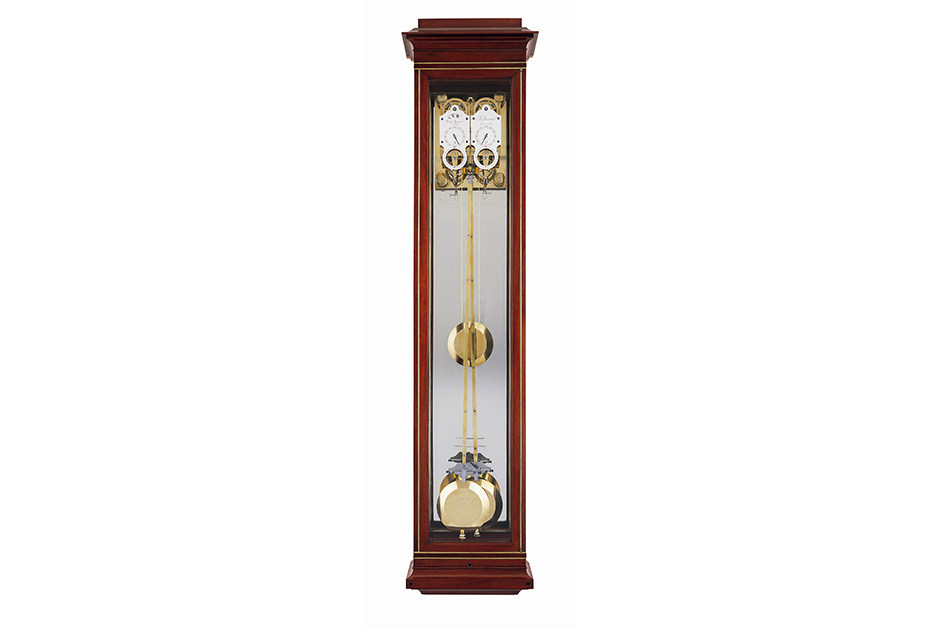 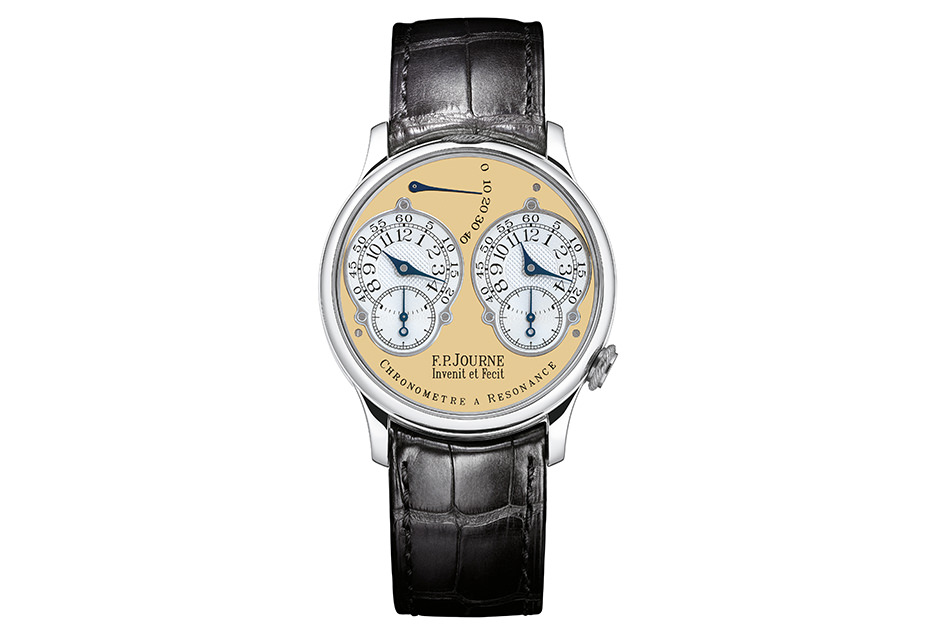 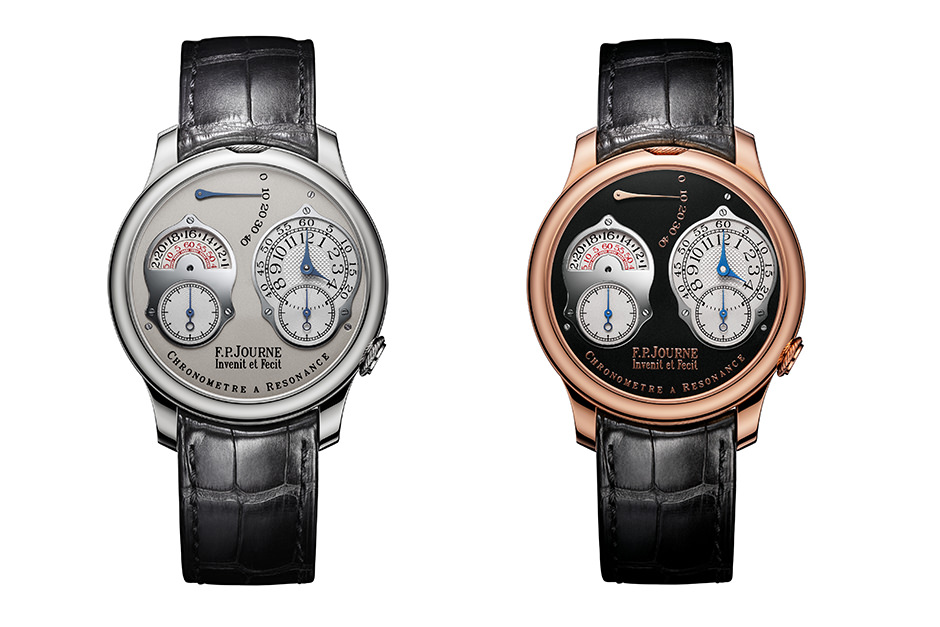 1. History of the résonance in horology:  From Antide Janvier’s double pendulum to the 3 Abraham-Louis Breguet watch & clocks

A bit of history

In 1662, Christian Huygens, Dutch scientist, invents the pendulum. He observes that two pendulum clocks placed next to each other on the same  wall, the oscillation of one influenced the other and vice versa.

But we do not know any object with 2 pendulums that would have existed before Antide Janvier developed his own construction at around 1780.

At this time, it wasn’t called resonance because it is a term invented by François-Paul Journe but it was called double pendulum.

One of Janvier’s experimentation was that 2 pendulums beat in natural opposition, each driven individually, was canceling all external impacts of external vibrations on the pendulum. It thus increased the precision.

Abraham-Louis Breguet made two clocks and one pocket watch using Janvier’s innovation, with double pendulum and double escapement. 2 are exhibited at the Jerusalem Museum, and one was recently auctioned at Christies a few years ago.

2. The Résonance by F.P.Journe : From the early attempts to the Chronomètre à Résonance

The Résonance, what is it ?

Listen to the tic-tac of a traditional watch. This tic-tac is an energy that starts with the watch and makes my eardrum vibrate due to its incoming energy, it is an acoustic resonance.

The Chronomètre à Résonance has two complete movements that transmit energy to each other, and if adjusted in all positions to less than 5 seconds per day. The two balance wheels start to harmonize. The energy of one transmits to the other and vice versa. The balance wheels oscillate in opposite directions which is a natural consequence. The watch will thus be accurate on the wrist because the resonance effect will cancel the negative effects of the wrist’s movements.

If I move my arm, one balance wheel will go faster, and the one in opposition will slow down by the same amount. The energy they share will put them in sync again and the disruption will be canceled. This is the principle of the Chronomètre à Résonance.

Vidéo Youtube
The Résonance by F.P. Journe : From the early attempts to the Chronomètre à Résonance
Vidéo Youtube
History of the résonance in horology: From Antide Janvier’s double pendulum to the three Abraham-Louis Breguet watch & clocks
Next "Inside F.P.Journe" articles
F.P.Journe Chronographe Rattrapante
The lineSport collection broadens with the new Chronographe Rattrapante, available in 3 versions: one in Platinum PT 950, one in 18 K 6N Gold and one in Titanium grade 5.
fermer