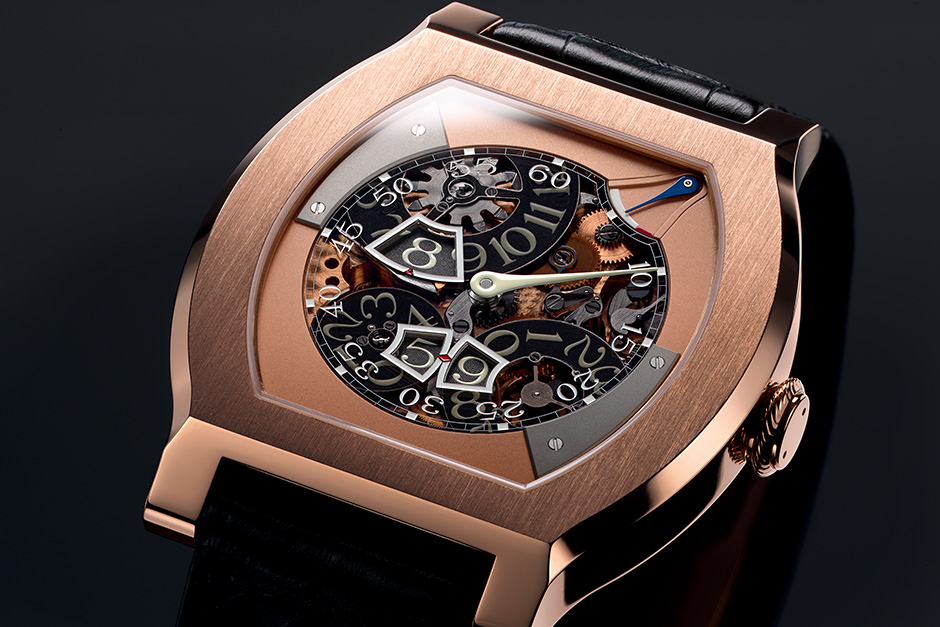 F.P. Journe presents the third and last edition of the Vagabondage Series, “Vagabondage III”, produced in a limited series of 69 pieces in Platinum and 68 pieces in 18 K 6N Gold. F.P. Journe is the only Manufacture to design and produce a specific calibre for a series limited to only 137 pieces.

Let’s recall the events leading up to the creation of the Vagabondage, which is the quintessence of anti-marketing. In 2004, François-Paul Journe designed 3 unprecedented watches with a flat Tortue case (patented model), a digital time display and a dial without signature, for the 30th anniversary of Antiquorum.

Those 3 watches, one in white Gold, one in yellow Gold, and one in rose Gold, with brass movements, were sold at a charity auction for the benefit of the ICM, research institute for brain and spinal cord diseases (www.icm-institute.org). The watches captured the interest of the public, and sold for three times the estimate.