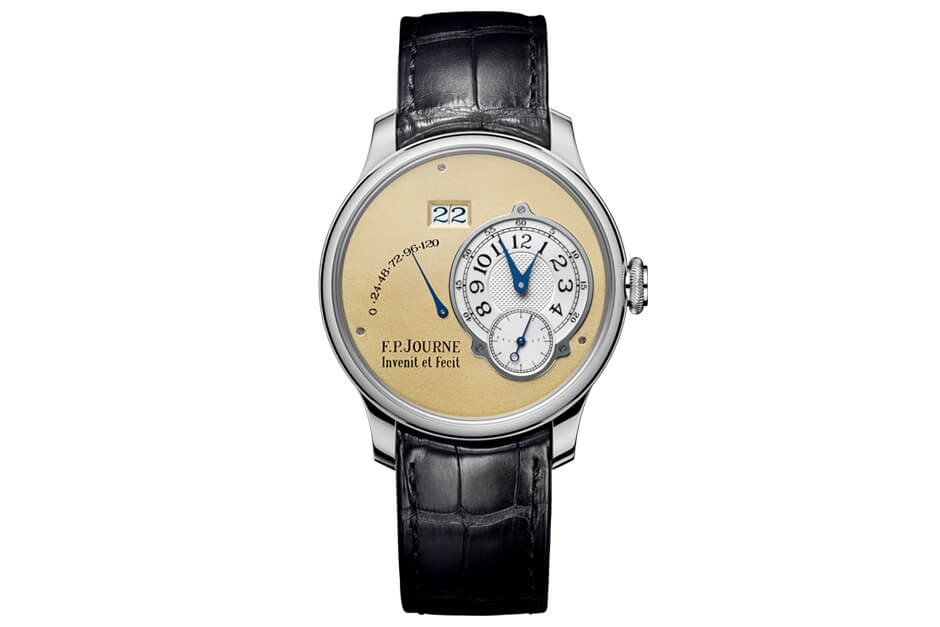 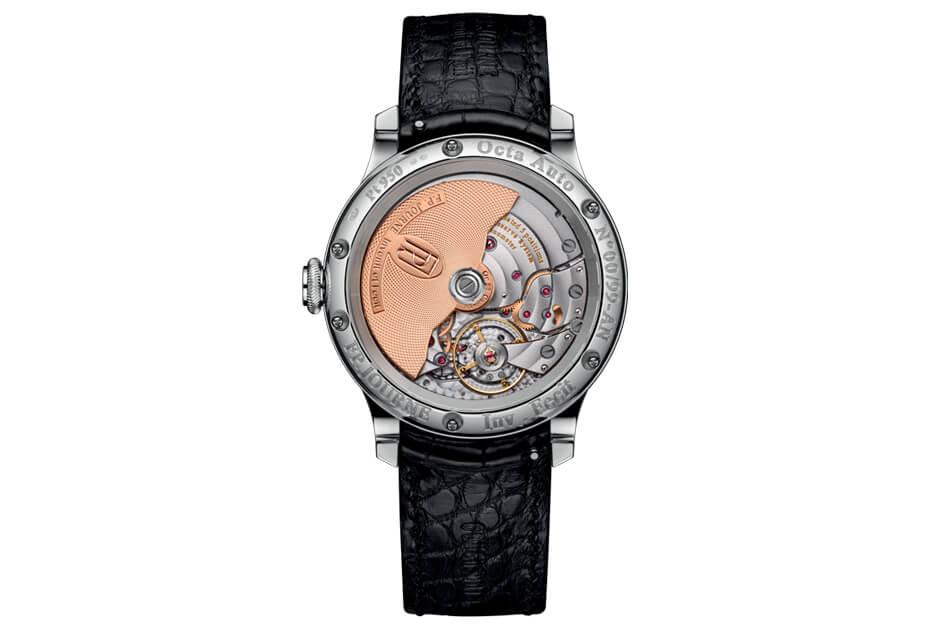 F.P.Journe celebrates the 20th anniversary of the Octa calibre with a retrospective exhibition and presents the Automatique in a limited series of 99 pieces available at the F.P.Journe Boutiques and Espaces, with, for those nostalgic of the early years, a case in Platinum of 40 mm powered with the calibre 1300.3 in rhodium-plated Brass, and a satin-finished dial in yellow Gold, similar to those produced in 2001 when François-Paul finished them by hand.

The power reserve indicator has been moved down slightly to leave more space for the enlarged date, displayed in a window now measuring 4.7 x 2.6 mm for easier legibility. The numerals of the hour and minute dial have also been enlarged. Only one slight aesthetical modification has been made to the movement, now decorated with openwork bridges; this will be a feature as of 2021 on all 1300.3 calibres.

Exhibition in Geneva, 40 rue de la Synagogue, from the 12th until the 16th of April (9:00-12:00 and 14:00-18:00). Visitors need to register at info@fpjourne.com before attending. Due to Covid-19 restrictions, all visits are limited to 30 minutes with a maximum of 4 attendees at once. Masks are mandatory and hand sanitizer will be available.