Skip to main content Skip to footer Skip to search
Filter
by category
Events articles
2022
CHRONOMÈTRE OPTIMUM FONDATION PRINCE ALBERT II 2022
Singapore - October 28th, 2022 – Unique piece auctioned for the benefit of the Prince Albert II of Monaco Foundation and sold for the exceptional amount of SG$ 1,480,000 during the "Ball in Monaco" in Singapore 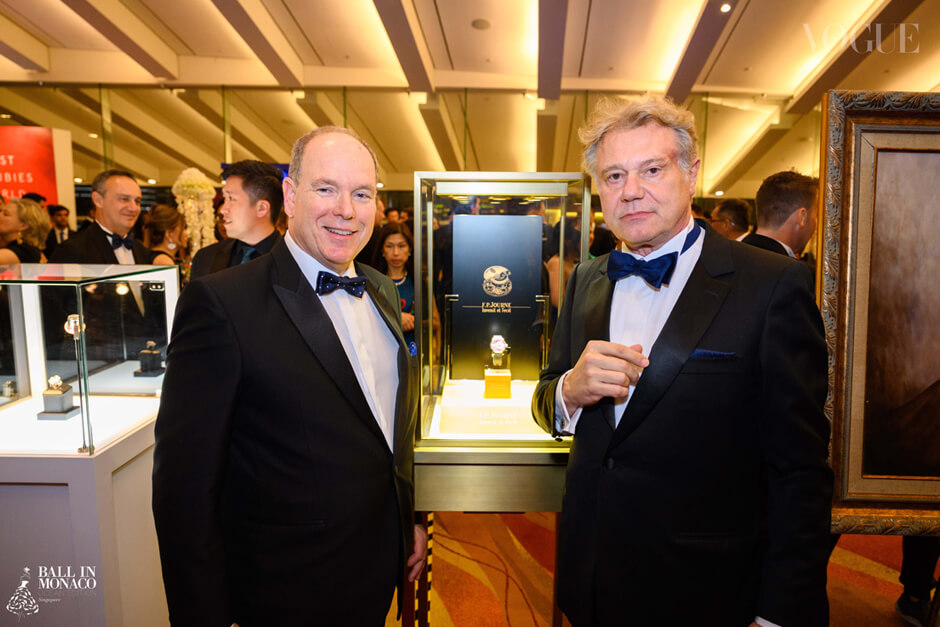 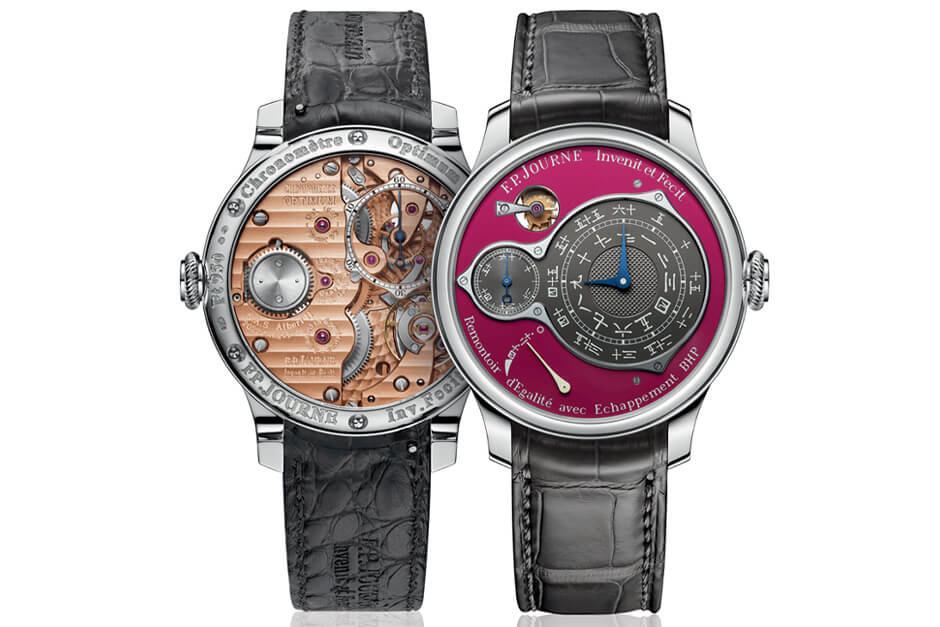 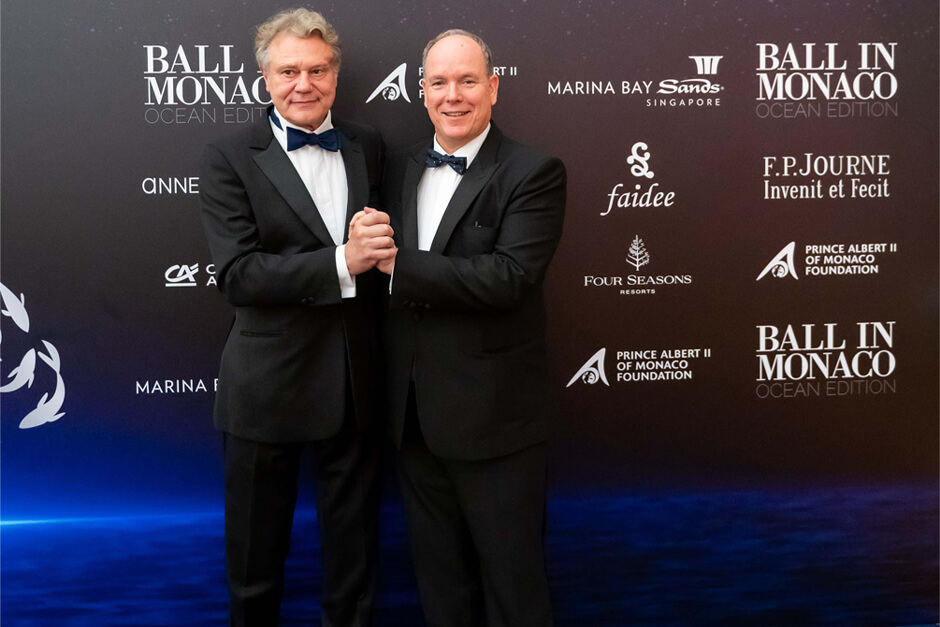 The Prince Albert II of Monaco Foundation organized the 8th edition of the "Ball in Monaco" at the prestigious Marina Bay Sands in Singapore, in the presence of H.S.H. the Sovereign Prince and Mr. Vivian Balakrishnan, Singaporean Minister of Foreign Affairs.

Over the past 14 years, the Singapore branch of the Foundation has raised funds to finance more than two dozen projects for the protection of the planet. At the previous edition in 2018, the auction of a unique version of the Chronographe Monopoussoir Rattrapante raised SG$ 400,000. This year, F.P.Journe has donated a unique piece specially made for the occasion, a Chronomètre Optimum with a burgundy color and ruthenium-plated guilloché Silver dial. In addition to the use of Chinese numerals, this model has serial number 508-CO and features a special engraving on the movement, "S.A.S Albert II 2022 Singapore".

The bidding for this Chronomètre Optimum started at SG$172,600. After a fierce battle between several collectors, it was finally sold for SG$ 1,480,000. The funds collected will be used by the Foundation to support concrete actions in Asia for the protection of the Ocean, the main theme of this "Ball in Monaco".

In an ongoing quest for precision, innovation and excellence, the Chronomètre Optimum symbolizes the very essence of François-Paul Journe's chronometric research for a wristwatch. At 11 o'clock, the wheel of the Remontoir d’égalité can be seen through an opening that invites you to discover the heart of the watch. On the back, the 18K rose gold movement reveals a natural deadbeat second delineated by a seconds circle screwed onto the bridges. This Calibre 1510 also benefits from two barrels and a High-Performance Bi-axial Escapement (EBHP), a patented F.P.Journe invention.

Next articles
PRIX ARTMONTE-CARLO - F.P.JOURNE 2022
Monaco, July 13th, 2022 – It was awarded to Florentine & Alexandre Lamarche-Ovize, represented by the Laurent Godin Gallery, for their ceramic dolls.

F.P.JOURNE – OFFICIAL PARTNER OF THE RIVA TROPHY
Monaco, July 1st to 3rd, 2022 – Celebrating the 180th anniversary of Riva as well as the 60th anniversary of the emblematic Aquarama runabout, F.P.Journe took the legendary route of this nautical race between Monaco and St-Tropez