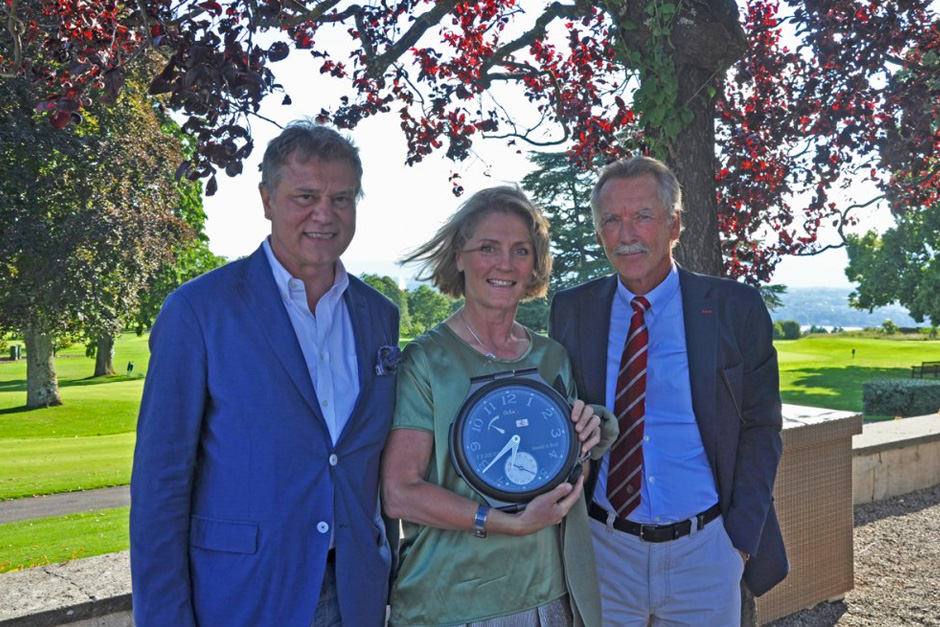 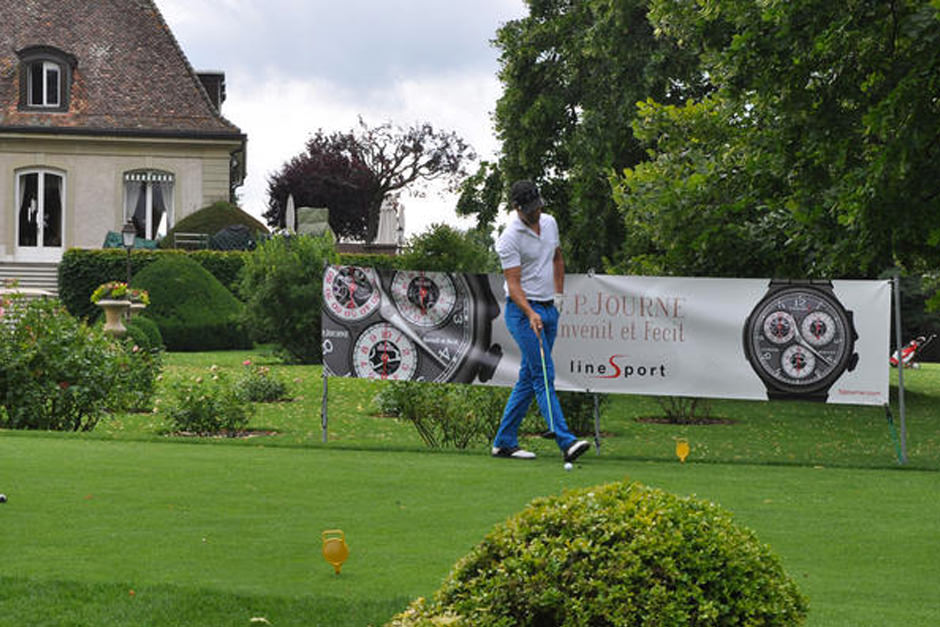 Vandœuvres, 13 June 2015 – F.P.Journe organized its third Golf Cup at the prestigious Geneva Golf Club with the stableford type of play in reference to its watches with complication.

F.P.Journe also presented both models of the lineSport in Titanium, the Centigraphe Sport, chronograph with manual winding measuring the 100th of second and the automatic Octa Sport with large date, power reserve and day and night indication. The lineSport is a collection of ultra light watches conceived for an intense sportive activity with a case in Titanium and a high horology movement in aluminum.

F.P.Journe rewarded the winners of the Gross score, Mr and Mrs Rodrigo Lacerdo Suarez, which have each received a voucher offered by the restaurant Tse Fung at La Reserve Hotel and Spa Genève.

The drawing rewarded Mrs Cécile Gagnebin who received a magnificent F.P.Journe clock « Octa Sport » while Mrs Elizabeth Couson received a voucher for a visit of the F.P.Journe Manufacture.